My dog Mandy got skunked last night. I was enjoying a late dinner with a good friend on my patio on a just right summer night. The cicadas had finally quieted down and she and I could hear each other. I was beginning to think, “I should get the leash so Mandy doesn’t run into a …” when she squealed and came running up from the back of the yard.

The first time Mandy met a skunk I didn’t immediately realize what had happened. The odor was so much more intense than the skunk smell on the highway that I didn’t recognize it. It smelled like burning chemicals. I thought someone had committed a terrorist attack against my dog. In my panic I let her into the house and she ran into every room, rubbing her face on the floor trying to get the smell out. She ran into her kennel, her safe space, and ran right out again. For weeks the skunk smell lingered in the house. I swore I could see a haze of stink, like in a commercial for breath freshener.

Once I realized what happened, I found a skunk-off recipe on the Internet. It helped. But for weeks the only part of her that smelled like her was her feet. I would lie beside her on the floor and hold her foot up to my nose to take in her unique combination of dog sweat, grass and dirt that smells a lot like warm Doritos.

My dog’s been skunked and I have too.  I’ve tasted the shame of betrayal and felt the sting of being misinterpreted. I’ve been made into a handy scapegoat and been the object of gossip.

I’ve been skunked and I confess I’ve been a skunk. I’ve let my own hurt feelings, damaged pride and pent up anger spew onto others. Sometimes my absence has caused more hurt than any words would have.

I’ve learned through experience that once the spray has been released the smell lingers in the air and clings to those it touches.

There’s a story about Jesus in which he washes his disciples’ feet. It was customary for a host to provide a way for his guests to freshen up and wash off the road. What’s remarkable is that Jesus takes on the role of a servant and serves those who will soon skunk him. They’ll run away and pretend like they never knew him. And they will be skunked too when one of their own betrays them and their teacher is executed.

I am supposed to say that when Jesus washes their feet he washes the skunk juice off, a lesson for us that Jesus’ love can leave us fresh and sweet smelling. That hasn’t been my experience. Jesus’ love doesn’t take away the stink of skunking or being skunked. The odor clings and rises off of us so people cross to the other side of the street.

What is true is that Jesus doesn’t need us to smell good. He can acknowledge the stink without heaping on shame. He cradles our vulnerability like he held the feet of his beloved friends and he breathes in our most true selves. 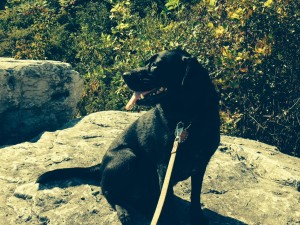